You might think just like there were no computers available in ancient times, no people can know about computers, but at that time, they had to calculate and compute by counting other daily uses such as sticks, stones, bones, and many more. They were nothing known about computers and electronic gadgets. As technology improves day by day, people also use advanced technology, which leads to better, fast, and more efficient.

List of the popular computing devices were developed in recent times, such as Abacus, Napier’s bones, Paschalis’s, etc.

“Abacus “was the main founder of initial stage of computers, which considered the first computer. It is invented 4000 years ago by a Chinese scientist. 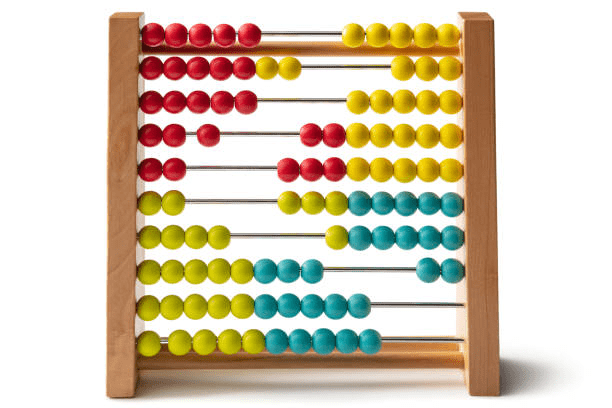 Abacus is a wooden rack with metal rods, and each rod contains beads that are mounted on them. Today it is also used in countries like China, Russia, and Japan. As the abacus operator, people move the beads, and arithmetic calculations perform whatever they want to count. An image simple of these tools is below.

It was basically used for computing and calculating device. They use those numbers to mark and count anything whenever they want to calculate anything like addition, multiply, subtraction, and divide. A simple image of Napier Bones showing below. 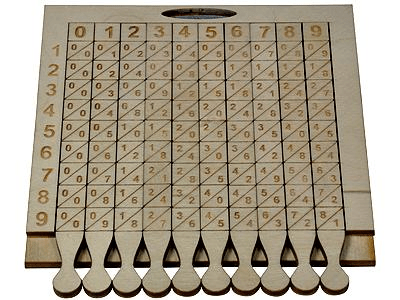 Pascaline was widely used in ancient times. The main founder was mathematician- philosopher “Blasé Pascal” in 1642 and 1644. Pascal helped to father, who was working as a tax accountant, by using Pascalines to calculate tax-related work. The main basic purpose of this could perform quick calculations such as addition, subtractions, etc.,

When we consider its structure, it was a wooden box with a series and wheels. When rotating wheels and completing one revolution, then another neighboring wheel also rotates, and so on, it continues for another wheel. They got a series of windows given on the top of the wheels for doing this. And last, they calculate the total wheels working.

A simple image of Pascalines showing as below. 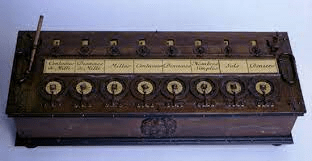 It was invented by a German mathematician – philosopher "Gottfried Leibniz" in 1673. It was made up of fluted drums instead of gears and wheels.

Charles Babbage discovered the Difference Engine in early 1820 for the first time. Difference Engine is the first machine that uses logarithmic tables to solve the table of numbers. We can say that it is a mechanical computer capable of performing simple calculations. “steam-driven” calculating machine is main motto of this type of computer 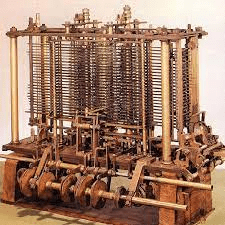 It was developed in 1830 by Charles Babbage. In this type of machine they used punch cards. The main important advantage of this, it stores information as a permanent memory. 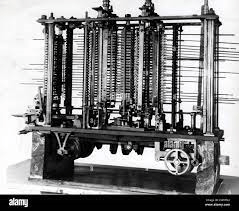 For storing tabulating statistics data or records, they used tabulating machines. This type of computing machine also used punch cards. It was discovered by "Herman Hollerith", an American statistician scientist, in 1890. A mechanical tabulator was wok based on punched cards in this machine. 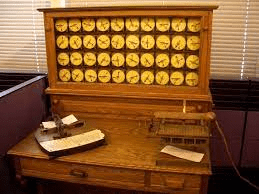 The differential analyzer computer was the first electronic computer. Vannevar Bush discovered it in the year 1930 in the United States. Vacuum tubes are used to generate electrical signal.

In the year 1937, the next major changes begin in the history of computers. It was developed by “Aiken”. The main motto of this machine was to develop; it could perform large calculations containing large numbers. 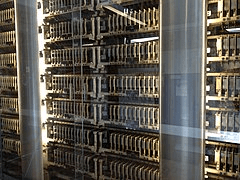 Generation of a computer refers to improving and enhancing computer technology with time. With the increasing day-by-day technology, people will also correlate with these new technologies efficiently. Today, you are seeing all universes became in digital format.

Initially, computer technology features were growing only in the case of hardware, but you can see that computer is enhancing with both hardware and software changes, and combining these two forms a called digital computer.

Each new generation of computers brings new technology as time changes. First of all, in 1946, a chip circuit was developed to perform the counting. At that time, it replaced tools such as gears, wheels, and many more mechanical parts. It increases the computer speed, performance, memory, and so many features are added.

There are five types of generations of a computer that exist now, which are described below-

The first generations of computers (1946 - 1956) were very slow in speed, expensive in nature, very big, etc. In this phase, the computer used a large no of vacuum tubes, The main thing is that it generates heat. Magnetic tapes were used for input and output. They consumed large electricity, so it was very expensive to use. The instructions were written in machine language.

List of the all popular examples of first-generation computers areas –

This phase of computers mainly used transistors. Compared to vacuum tubes of first-generation computers, transistors are smaller, have faster speed, efficient operation, and are reliable. For primary memory this generation used magnetic core, and magnetic tapes and disks were used for secondary memory.

Assembly languages like COBOL and FORTRAN were used for writing instructions.

Some of the most popular examples of computers areas

Advantages of Second Generation of computer

Disadvantages of Second Generation of Computer

In this generation of computer integrated circuit (IC) chips are used for making computer. These IC chips contain many more no of transistors. That means multiple transistors are placed in a single silicon chip. Using IC chips increased the speed and the efficiency of the computer. For the first time, the keyboards and mice were used to give input to the computers. It used time-sharing multiprogramming as an operating system. A high-level programming language such as FORTRON-II, COBOL PASCAL, and PL/1 was used.

List of following popular examples of third-generation computers are –

The year (1971-to 1980) is known as the second generation of computers. First-time microprocessors were used in this phase of computers.

They generate much lesser heat and require less maintenance than the previous generation of computers.

The programming languages such as C, C++, etc., also developed in this generation.

Some of the most popular fourth generations of computers are –

The main purpose of fifth-generation computing is to develop computers so that they are capable of learning and self-organization.

From 1980 to date, fifth-generation computers have been used. This generation of computer fully depends upon Artificial Intelligence and Machine Learning

Some of the popular fifth generations of computers are