What is a router?

A router allows the user to connect multiple packet-switched networks or subnetworks. It ensures the delivery of the data packet to the IP addresses they are assigned. We can use the router to allow multiple systems to share the same network. They are mostly used to transfer the data among LAN and WAN. 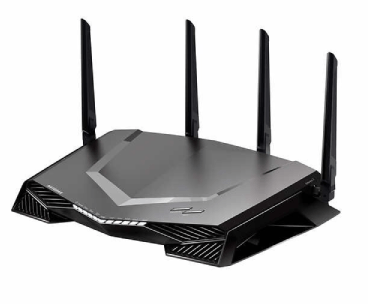 There are several routers, but most routers pass data between LAN and WAN. A LAN is a group of systems restricted where the system is distributed in a small area. Geographical constraints bound them. LAN is preferred for the personal use of the network. In comparison, as the name suggests, WAN widens the network's area. It is a comparatively large network of systems. We can connect LANs that are spread over different locations using WAN. Large organizations mostly use it.

Working of a Router

A router is somewhat similar to the traffic lights that control traffic flow. The systems can be considered vehicles that are assigned to different destinations. Each vehicle can choose its path to reach its final destination. Similarly, the traffic lights ensure that the vehicle reaches move toward the destination without any chaos. Similarly, a router's job is to maintain an effective flow of data packets without causing any disruption.

Differentiate between A Router and A Modem

Usually, both the router and the modem are embedded in a single machine as they both are necessary to access the internet over multiple devices. But they both are quite different and have their role to perform in connecting various systems and the Internet.

The purpose of a router is to manage the flow of data packets between various networks. We can create the network with the help of using the router. It provides the pathway for transferring the data. In contrast, the function of the modem is to connect the network with the Internet.

The modem establishes the internet connection and converts the signal from the service provider into a digital signal. So that the connected device can understand it. It modulated the signal from the device to enable it to travel in the network and demodulate the signal coming from the network to the device. The role of the router is to control and direct the data flow within the network while the modem converts data into a format that is suitable for data transfer. A computer attached to a modem can use the Internet. At the same time, a router allows the computer to send the signal modulated by the modem to various devices that are present in the network. 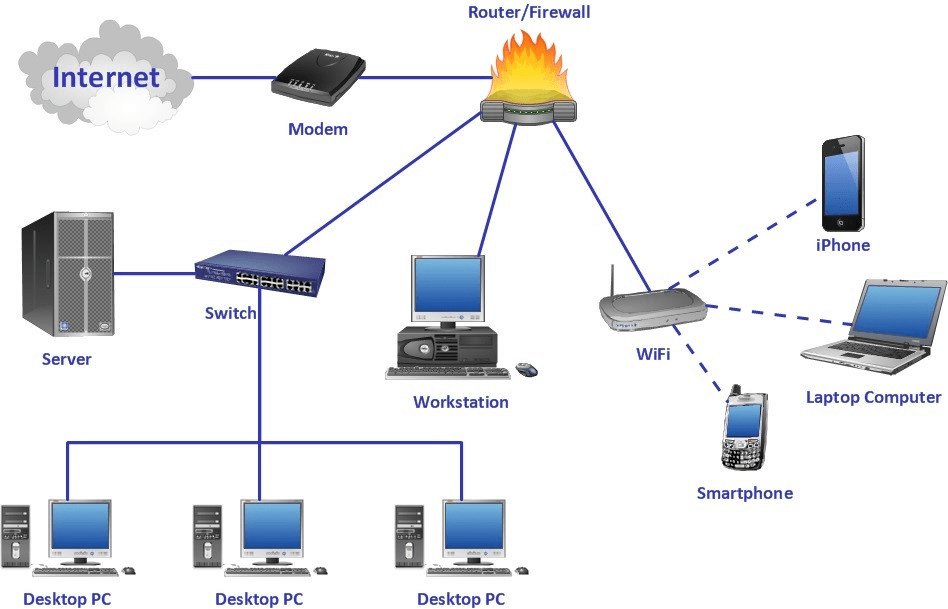 If you want to connect LAN and the Internet, a router needs to interact with the modem. This can be done using two methods:

They are different types of routers based on the function served by them. These are specialized routers that serve some specific purpose:

The routers play a crucial role in establishing computer networks. Some of the applications of routers are:

They are two types of Routing Protocol

They are static as assigning the path to the data packet is performed manually. This method provides more security to the network when determining the path from the source to the destination.

In these protocols, adding information to the routing table is automated. Any modification in the network is sent as an update between various routers. These protocols are most used and highly important in establishing large networks.

RIPv2 is a more advanced version of the RIPv1 as it shares the routing table on a multicast address.

It shares the routing table of the router to every connected after every specific time, but this uses a lot of bandwidth, and the coverage rate is quite low.

We need to perform updation if there is in the routing table whenever the router becomes unavailable.

CISCO developed it to overcome the limitations faced by the RIP. It uses metrics to load bandwidth, delay, and increase reliability. The data is shared between the routers and the system using IGP.

The protocols perform broadcast every one minute and a half. That’s why this method is implemented over large networks. The updation in this protocol is automated, and there are 255 hop counts possible, making it most suited for configuring large networks. It also enables the user to distribute the load equally or unequally across various paths.

This protocol is quite efficient as it computes the path followed to reach the destination against the cost of the resources to reach there using the path.

Three tables are created to implement the routing protocol. These are:

This protocol allows the user to share the data between the gateway directly connected with the autonomous systems. It acts as a platform where different routers share information between various domains. This protocol constitutes the routers, addresses, the cost of travel, and the adjacent devices.

This protocol is a specially made IGP for internet protocol networks that are implemented using the shortest path approach. It constructs a database that records information about the structure of the network. It is a real-life implementation of the Dijkstra algorithm. It determines the network path each time after any change in the network topology. This protocol provides security to the network as it verifies the network, ensuring data security.

The function of this protocol is to notify the routing table of any change that occurs in the routes of the network. This protocol is not automated, and the change is to be manually reported by the user.

What is the purpose of implementing the Routing Protocols?

Routing protocols serve the following process during the transmission of data packets between the source and the destination: